Throughout school and my first few years at college I was uncertain of my path in life. I didnt see myself progressing onto further study or a professional career.

That was until i met my husband. When i first met him, he was completing his second year of university. Within a year he completed his foundation degree in computing and was awarded a distinction. He then went on to completing his BSc (hons) in Computing, receiving a First. In October 2016 i had the privilege to watch him graduate. 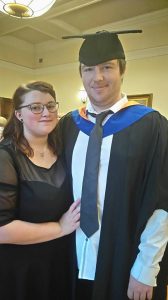 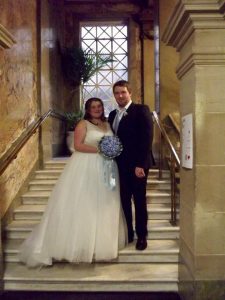 After seeing him put in all of his time and effort i decided i wanted what he had. I wanted a career and a degree. I wanted to achieve something. This was when i had a serious look into what i could do and what i wanted to do.

I later found a Level 3 in Criminology at Hull College; and that is what i am studying now.

Without my husband i wouldn’t be where i am now. Seeing him achieve what he did made me want what he had. He is my inspiration to do what i am doing now.